“One of the greatest views in the world.”

We had one more “lagniappe” to experience, and I had figured out exactly both what and where it would be. I knew that this place was going to be just “the place” for me.

Before we jump to conclusions, let me set the stage.

The Abenaki Indians called Mount Desert Island “Acadie,” or “the place. ” Large pine trees— some over 10 feet in circumference and up to 175 feet tall — created a wilderness that was indeed the “forest primeval” that Henry Wadsworth Longfellow described in “Evangeline, A Tale of Acadie.” 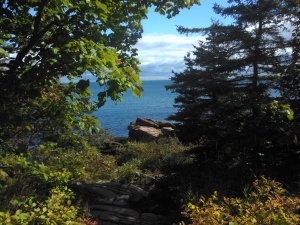 Mount Desert’s quick development as a tourist haven concerned some of the island’s wealthy rusticators enough to want to protect it from further real estate development. George Dorr, a wealthy bachelor from Boston, and Charles W. Eliot, president of Harvard University, led philanthropic efforts to preserve the remaining wilderness for the public to enjoy. Their contagious enthusiasm soon reached John D. Rockfeller, Jr., who had a summer estate on the island that offered what he called “one of the greatest views in the world.” Rockefeller joined the cause, and the group slowly started acquiring important, scenic parts of the island through gifts and purchases. The acreage was donated to the nation in 1913, and it became Sieur de Monts National Monument in 1916 and was expanded and renamed Lafayette National Park in 1919. Ten years later, it became part of the National Parks System — the first national park established east of the Mississippi River — and was renamed Acadia, French for “heaven on earth.” 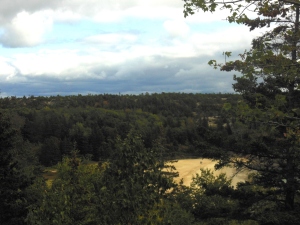 Today, Acadia National Park consists of 35,000 acres, with thousands more acres protected in conservation easements, for the public to experience its spectacular rugged coastlines, steep mountain slopes, clear waters and diverse plant and bird life. While it may be one of the smallest national parks, it is one of the most popular, with thousands stamping their National Park passports at its cancellation centers.

Acadia’s scenic 27-mile Park Loop Road connects many of the island’s popular attractions, including a saltwater swimming hole and beach. Sieur de Monts Spring offers cool spring water for hikers to drink. Thunder Hole is a natural phenomenon created by the Atlantic Ocean constantly pounding on Mount Desert’s rocky granite cliffs. At high tide, the breaking surf causes air trapped in this crevice to be released with a thunderous boom. 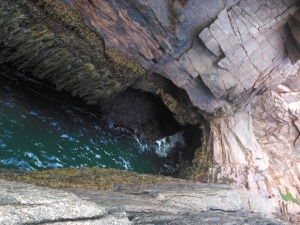 The summit of Cadillac Mountain, the highest point on the Atlantic Coast, offers spectacular panoramic views of Eagle Lake, Bar Harbor and surrounding islands. It was named for the 17th-century proprietor of Mount Desert Island. 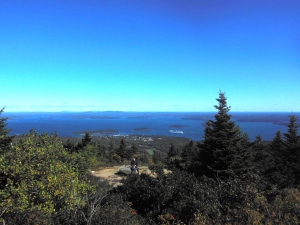 Below the cliffs of Penobscot Mountain is Jordan Pond. At its northern end, a large boulder is balanced precariously on the top of one of two hills known as the Bubbles. Since the 1890s, the Jordan Pond House has been serving tourists its famous baked popovers with strawberry jam and a cup of tea. Terrific! That lagniappe was just what I figured it would be! 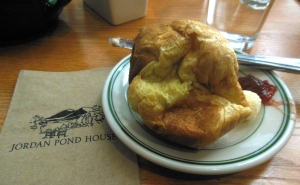 Other parts of Acadia are accessible only to those exploring the park by foot, bicycles, or with the help of horses. Over 150 miles of scenic hiking trails are complemented by 16 local granite bridges and 57 miles of carriage roads that Rockefeller himself created between 1913 and 1940.

Rockefeller oversaw every detail of this network of carriage roads, painstakingly establishing the paths to offer the best scenic views of the island. 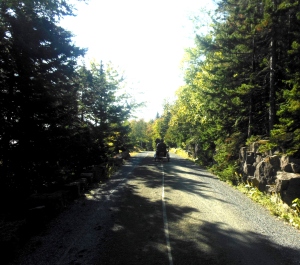 He worked with surveyors to determine the grade of each segment without being too steep for horses to navigate, the degree it should curve for carriages to easily follow the contours of the land, and the line the road should take in smoothly transporting visitors through a sequence of scenic views that would reveal the park to its best advantage. The smooth, 16-foot-wide roads are surfaced with hand-laid stones and bordered with rustic granite blocks some locals call “Rockefeller’s teeth.”

Rockefeller engaged landscape architect Beatrix Farrand to assist him in planting native trees, shrubs, vines, wildflowers, berries and perennials along the roadsides in natural, irregular patterns, framing the views and allowing the roads to blend into the landscape. Carriages continue to wind their way through Mount Desert’s inner region beneath spruces, firs and the turning leaves of birch, beech, aspen and maple trees. 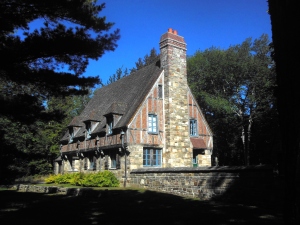 In 1932, Rockefeller hired New York architect Grosvenor Atterbury to design a rustic gated lodge for his road engineer. This Norman-style structure emphasizes Acadia’s early French influence and features a high pitched roof, half-timber detail and Atterbury’s signature “A” carved into the shutters. Local granite, coupled with shades of red, brown and black, blend the building into its forested setting. The lodge has since become housing for park employees.

To recreate the Jordan Pond House’s traditional afternoon tea with popovers, click here for the recipe. 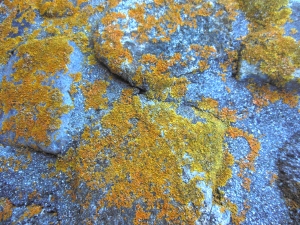